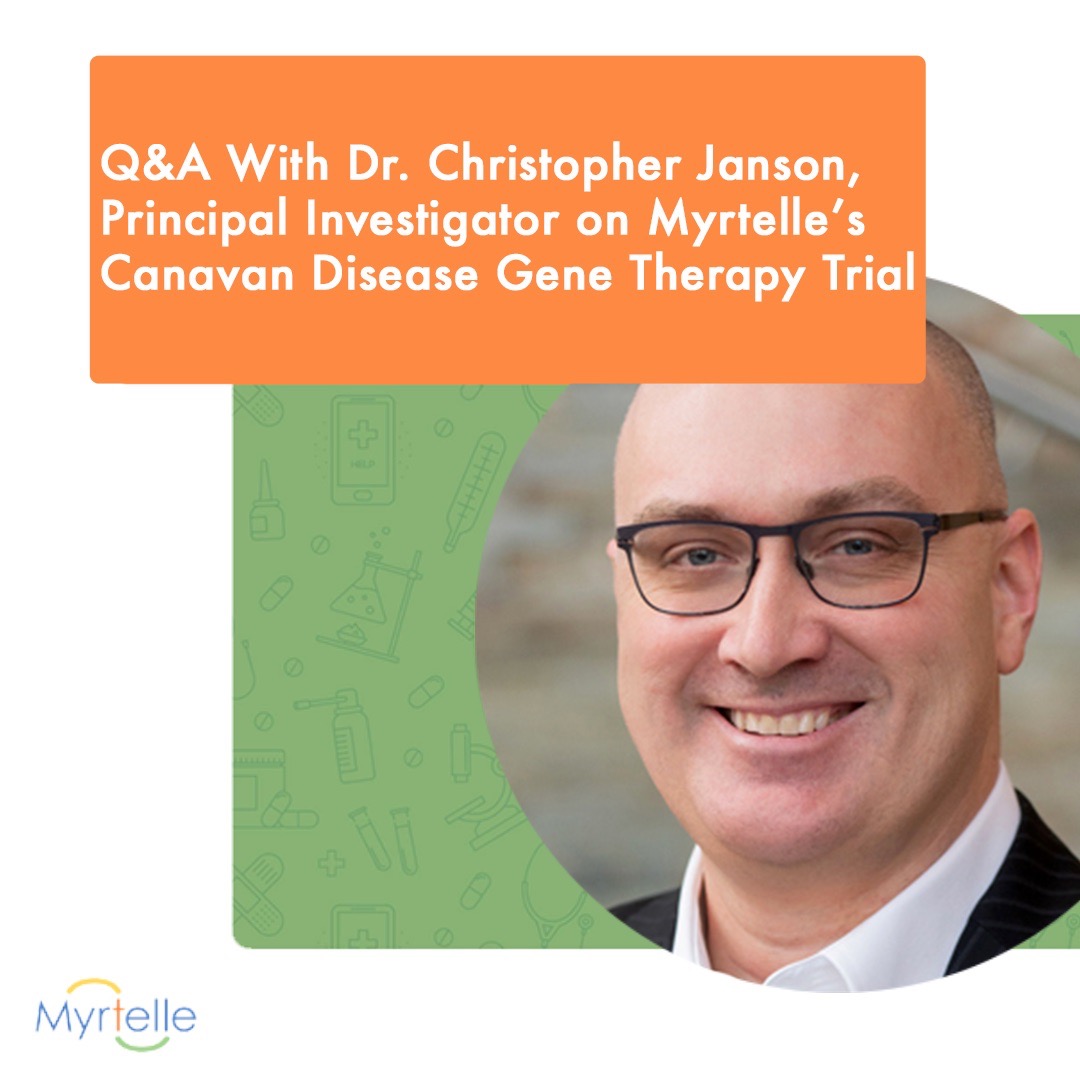 In a clinical trial, what types of measurements can be taken to test how a gene therapy is working?

Measurements of the safety and effectiveness of a therapy can take many forms. The most direct way to assess the impact of a gene therapy like the one we are investigating in Canavan disease is by examining the functional recovery of a patient. This can entail using tests to measure gross and fine motor control, cognitive function, language or other performance-based outcomes to see if they are improving. From a clinician’s point of view, the improvements in disease symptoms and child’s growth and development are of the utmost importance. Specifically, we can use validated functional tests like the Gross Motor Function Measure and the Mullen Scales of Early Learning to evaluate motor and cognitive changes over time. Other tests exist as well. Among other things, we are looking for improvements in head control, gross and fine motor function, mobility, and language/speech. These tests help assess what impact we are having on the real goal of the gene therapy – the functional improvement of the patient.

To gain further insight into the effects of the gene therapy, imaging can be used to see if there are changes in the brain. Magnetic resonance imaging (MRI) can be performed to noninvasively look directly at changes in in myelin and white matter. Myelin is made by brain cells called oligodendrocytes, and the goal of the gene therapy is to restore normal function of the oligodendrocytes. This is intended to, among other things, enable these cells to make myelin properly, which can then support the function of the patient.
Certain markers in the blood, cerebrospinal fluid (CSF) and other samples can be evaluated to see how various chemicals in the brain are changing, including one called N-Acetylaspartate, or NAA.

And finally, surveys of the patient or the patient’s family and caregivers can also be used to help determine how a patient is feeling and what the perceived impact of the therapy is. So there is a range of tools than can be used to inform the picture of what effects the therapy is having.

What is NAA and what role does it play in Canavan disease?

NAA (short for N-Acetylaspartate) is an amino acid and is the second most prevalent neurochemical in the brain. NAA’s functions are not fully understood. It is produced inside neurons, but it is exported from neurons to the brain’s interstitial space (the area outside the cells) and into oligodendrocytes (myelin-producing cells of the brain). The function of NAA is thought to depend in part on the specific brain compartment where it is located at any given time. For example, NAA is involved with energy metabolism inside neurons, but primarily involved with the production of myelin in oligodendrocytes. Elsewhere, within the interstitial space, it functions as a soluble molecule, or “osmolyte”, which regulates the flow of fluids through the brain. All these location-dependent functions of NAA are related to its role in Canavan disease.

NAA levels are elevated in Canavan disease as a result of a loss of function of the enzyme that breaks it down, called aspartoacylase (ASPA). Deficiency of the enzyme is caused by mutations in the ASPA gene. NAA levels increase progressively if the disease is left untreated. Because NAA cannot be broken down properly, there is lack of downstream molecules arising from NAA metabolism. These downstream molecules play an important role in brain energetics and myelin formation, and hence, the deficiency in them leads to a corresponding deficiency in myelin. Further, extremely high levels of NAA around myelinating cells exert detrimental osmotic effects, also contributing to the disease pathogenesis. Thus, myelin that normally coats nerve fibers to ensure their proper functioning becomes fragile and falls apart in Canavan disease. In more technical terms, the typical brain pathology shows demyelination (i.e. loss of myelin) and dysmyelination (i.e., failure to form normal myelin).

One key objective of gene therapy in Canavan disease is to restore myelin and enable its function in the patient’s brain. In the clinical trial, we are measuring myelin and white matter using non-invasive, advanced magnetic resonance imaging. At the same time, levels of brain NAA are also monitored. We know from prior studies that even a very modest decrease in NAA may be sufficient to prevent and repair damage to the myelination process. Because NAA levels can vary regionally in the brain, global NAA levels in the brain can be difficult to interpret. In my view, affecting the NAA levels where it matters the most, in the brain of the patient, is a unique aspect of our gene therapy approach as we use a direct route of administration to the brain.